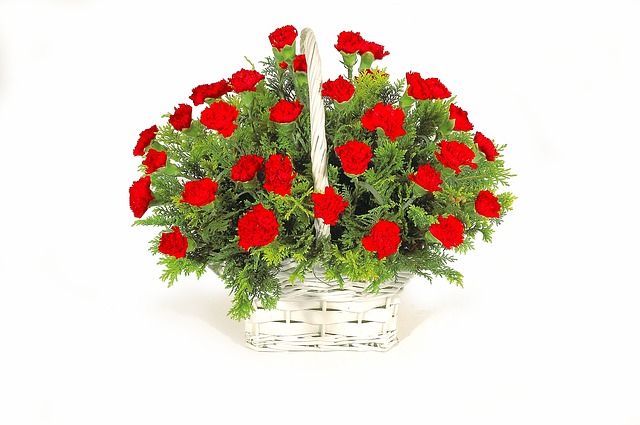 May 13th this year is Mother's Day.

The second Sunday in May are set Mother's Day In Japan.

Most popular present is flowers especially carnations on Mother's Day.

There were only red and pink carnations before.

Nowadays, we can enjoy various kinds of carnations because of breeding.

Although Father's Day is set the third Sunday in June, that day is not so popular like Mother's Day.  There are no standard present such as carnations.

May is a good season to enjoy greenery in Japan. The early summer rainy season begins about the middle of June,

Japan has four seasons. The rainy season is between spring and summer.

However,  I feel that spring and fall are shorter and shorter, winter and summer are longer and longer every year. I think it might be because of global warming.

“Toji” means the winter solstice in Japanese. Toji is on December 22 in Japan. It is the shortest daytime and the longest nighttime of the year.
The daytime is getting longer and longer from today.

It is still very cold but,today is the turning point going towards spring. 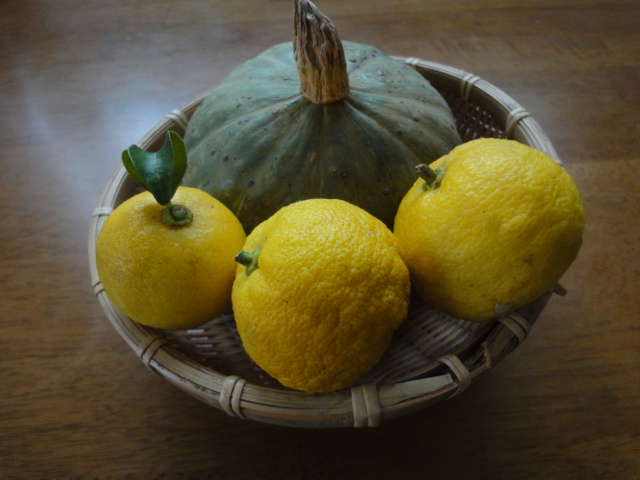 In Japan, there are traditional customs to take Yuzuyu(yuzu citron bath) and eat pumpkins.
I love Yuzuyu. It smell good and makes my body really warm and relax.
Since many public bathes have Yuzuyu on Toji, you can experience Yuzuyu.

Osechi-ryori are special dishes to eat at home during the New Year’s holidays.

Relatives come to gather to celebrate the new year. We eat Osechi-ryori. Osechi-ryori were originally prepared at home by housewives and their families on New year eves.

It takes so much time to prepare and needs various ingredients. So, it is getting very popular to buy Osechi-ryori at department stores and supermarkets.

To get popular Osechi-ryori prepared by famous Japanese chefs or restaurants, we need to order them more then one month in advance. Every year, I am so excited to select one of them. 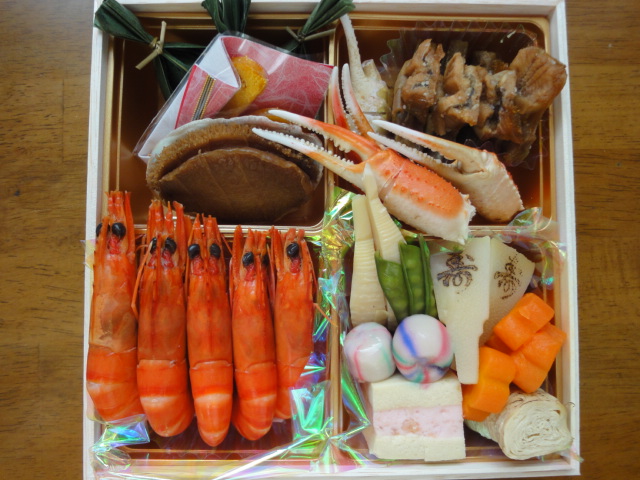 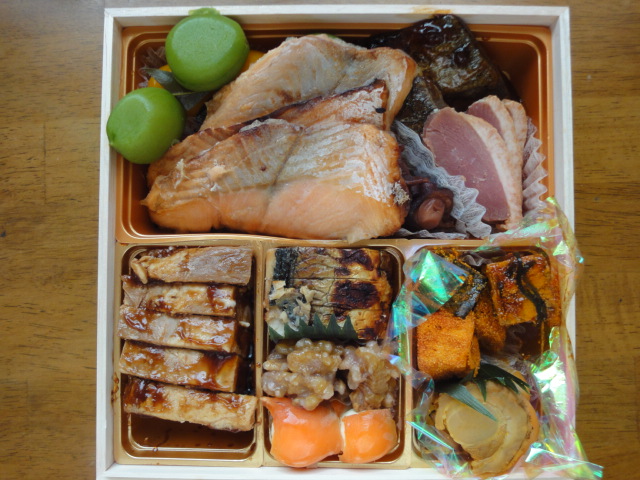 After the hot and humid summer, people enjoy the comfortable climate and plan to view the colored autumn leaves. 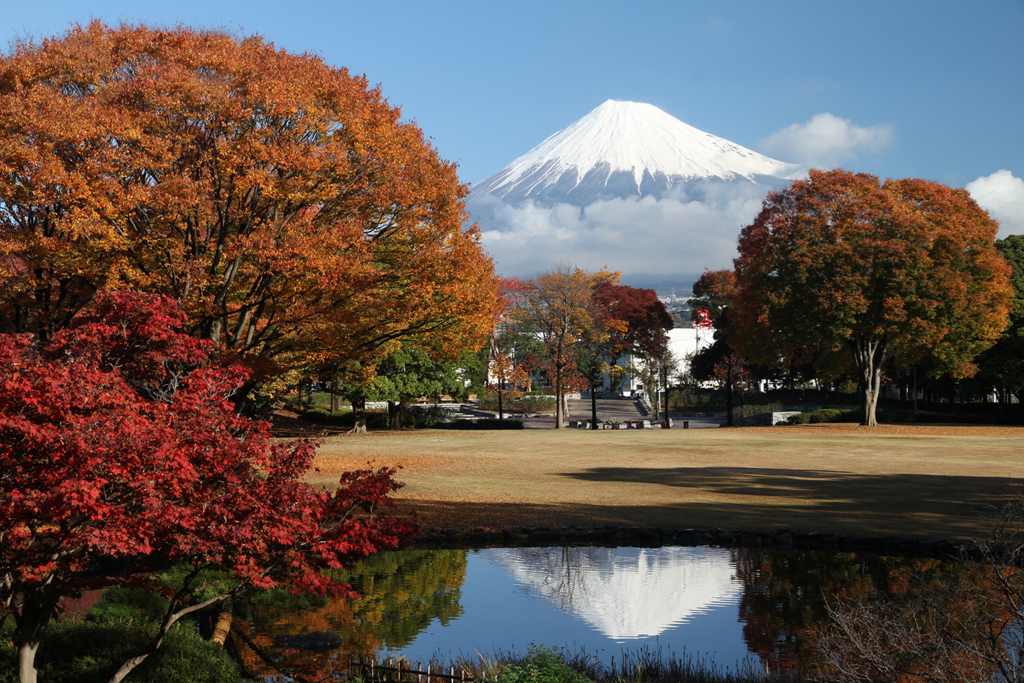 In Ohanami, cherry blossom viewing in Spring, people eat and drink under the cherry blossom trees. Unlike Ohanami in Spring, people do not eat or drink, just view the colored autumn leaves. In Japan, we have four seasons and each season has the features. Autumn leaves turn red or yellow. The mountains with various trees turn autumn colors and look very beautiful. Autumn is the best harvest season. And we can taste various delicious dishes.

The full bloom of colored leaves is expected slightly later than average year. It is from the late of October to the beginning of December.
The color situation changes day by day. So please check the current situation below.

Even though you do not visit famous tourist spots, you can see the colored leaves here and there in Japan.

Links for whole country colored leaves (only in Japanese) Do you know Sumo?
Sumo is a Japanese national sport.
It is said that Sumo has been practicing more 1500 years.

In ancient time, Sumo matches were annually held as rituals to pray for a good harvest.
This lasted over 300 years as an event of the Imperil court.

In the Edo period (appox.400 years ago), masterless samurai and wrestlers organized groups to practice professionally. Sumo matches were regularly held all over the country. And sumo became very popular among common people at that time. Today, it is known as “Grand Sumo.” People come to watch the competition and enjoy it.sponsored link

The rules of Sumo is very simple.

Sumo is fought in the ring called dohyo. The circle of dohyo is about 4.5 meters across.
To win, a sumo wrestler forces the opponent out of the ring or, makes him touch the ground.

Sumo wrestlers are called rikishi in Japanese. There are 10 ranks. The five highest ranks are called Makunouchi, top division. The ranking change depending on the rikishis’ performance during the previous tournament.

I went to see the tournament in Kyoto last year. It was so excited and I will go there this year, too.
If you are interested in Sumo, I highly recommend you to see it.

You can buy ticket below; 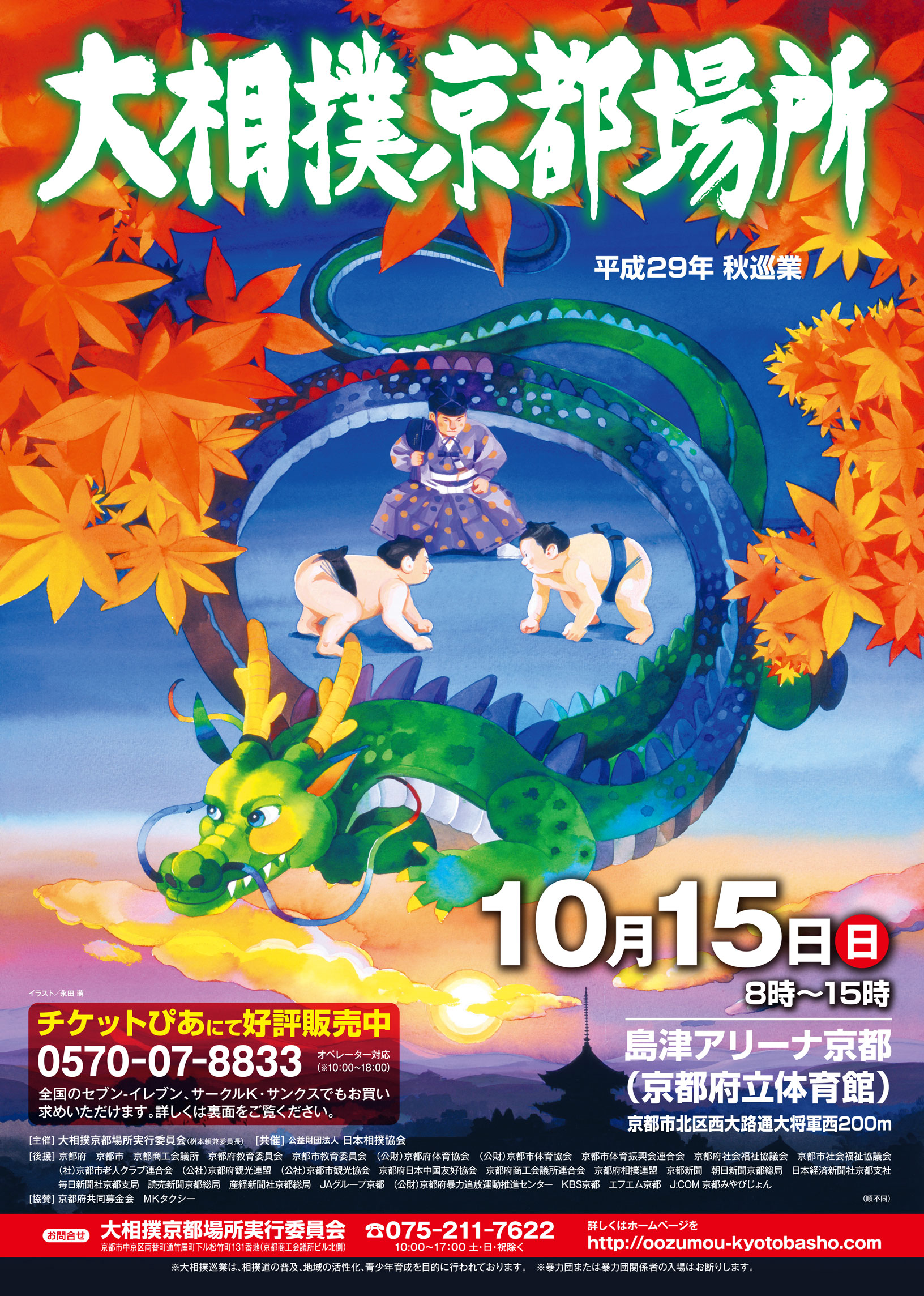 Many traditional festivals are held in autumn in Japan.

The pictures below are “Hagi matsuri” in Nashiki Shrine, Kyoto.
"Hagi" means bush clover, and "matsuri" means festival in Japanese.

Although we can eat “haru-no-nanakusa”(the seven herbs of spring), we just enjoy viewing the seven flowers of autumn. We don’t pick nor eat them.

There are four seasons in Japan, Spring, Summer,Autumn and Winter.
“Ohanami”, cherry blossom viewing in spring is very famous, but we, Japanese are enjoying and appreciating the nature or flowers each season.

This is the festival to appreciate bush clover in the shrine.
“Tanzaku” papers written haiku (Japanese poem) are hanging on the branches. 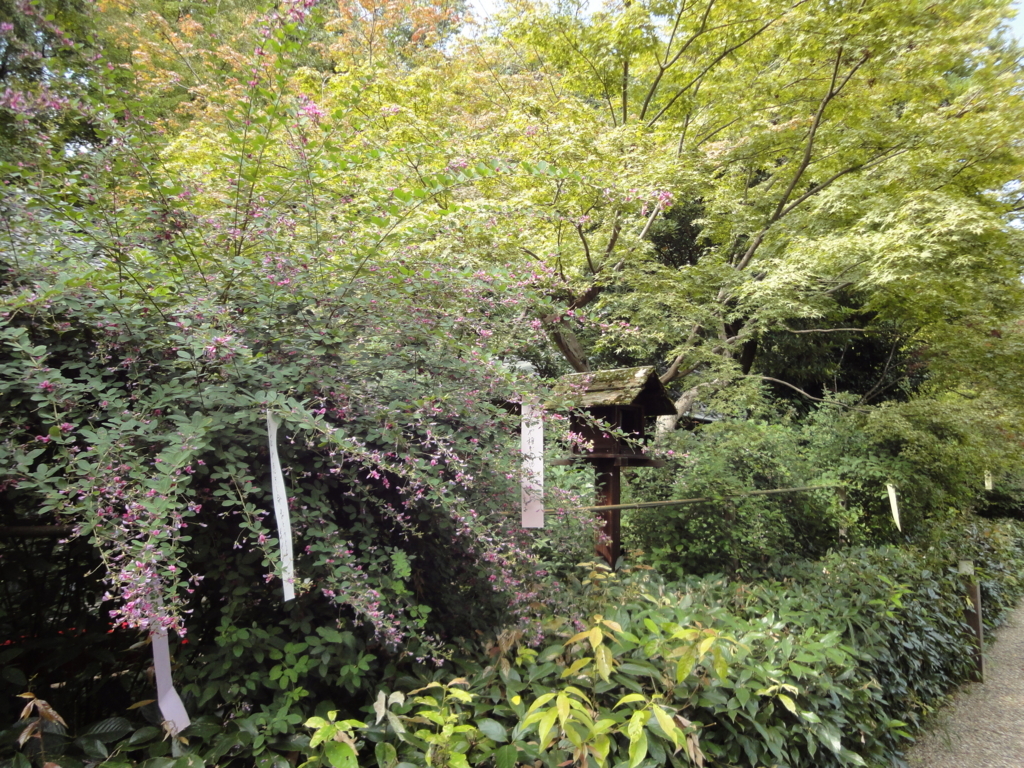 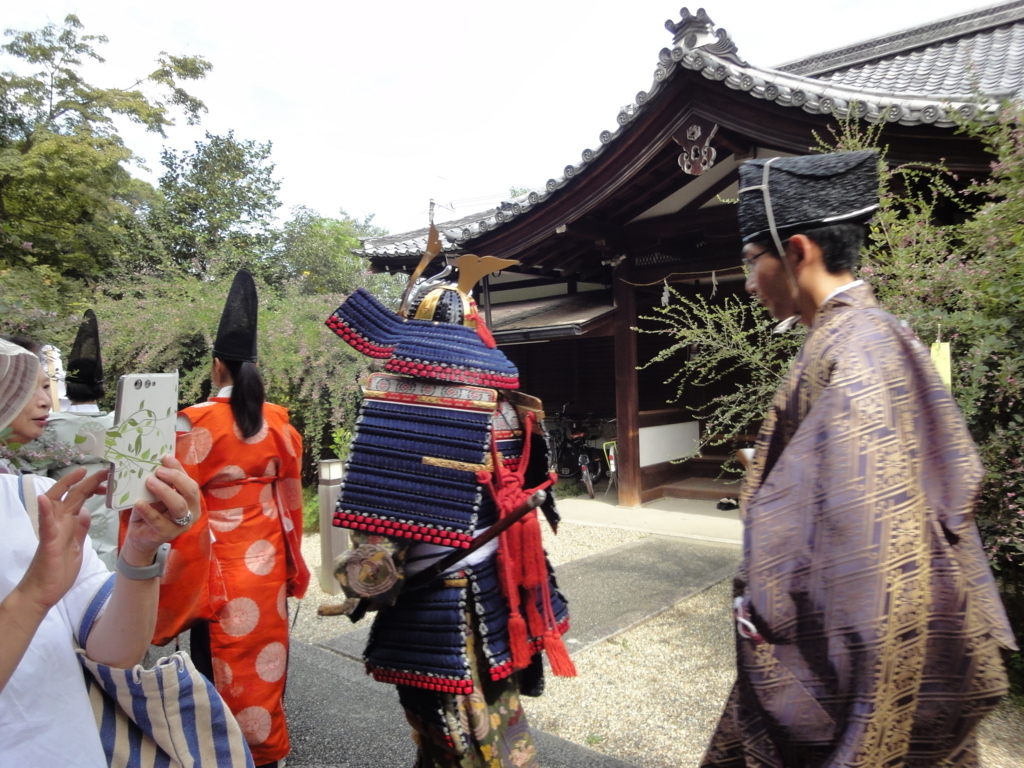 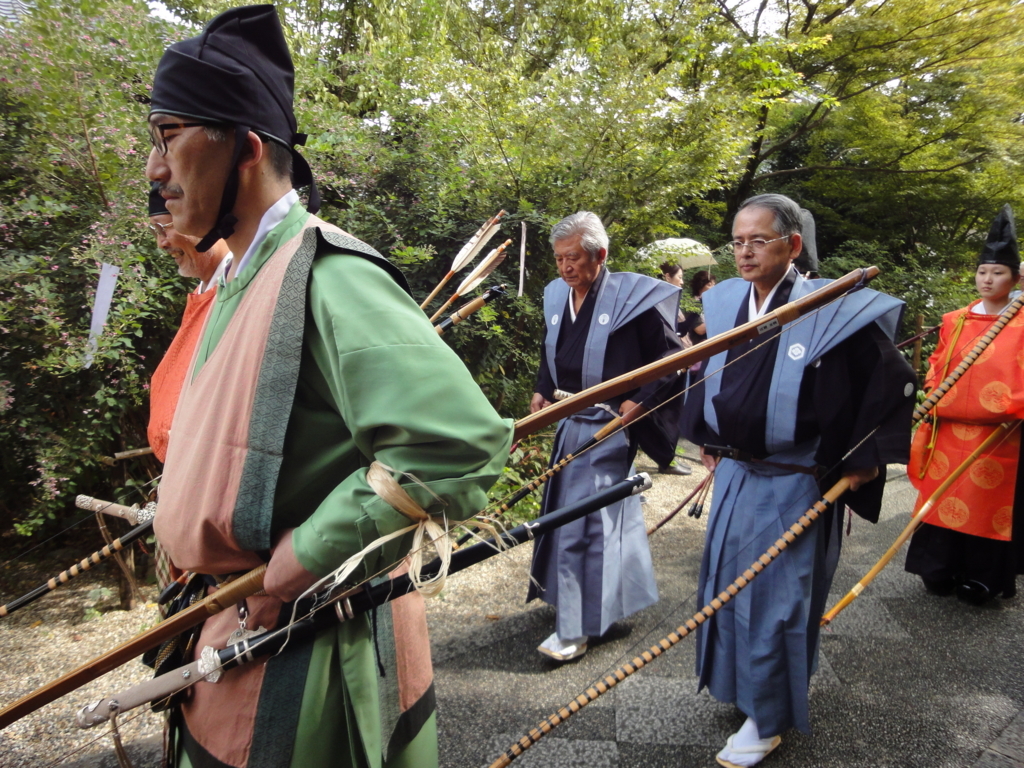 This is Ogasawara style of archery, horsemanship and etiquette. 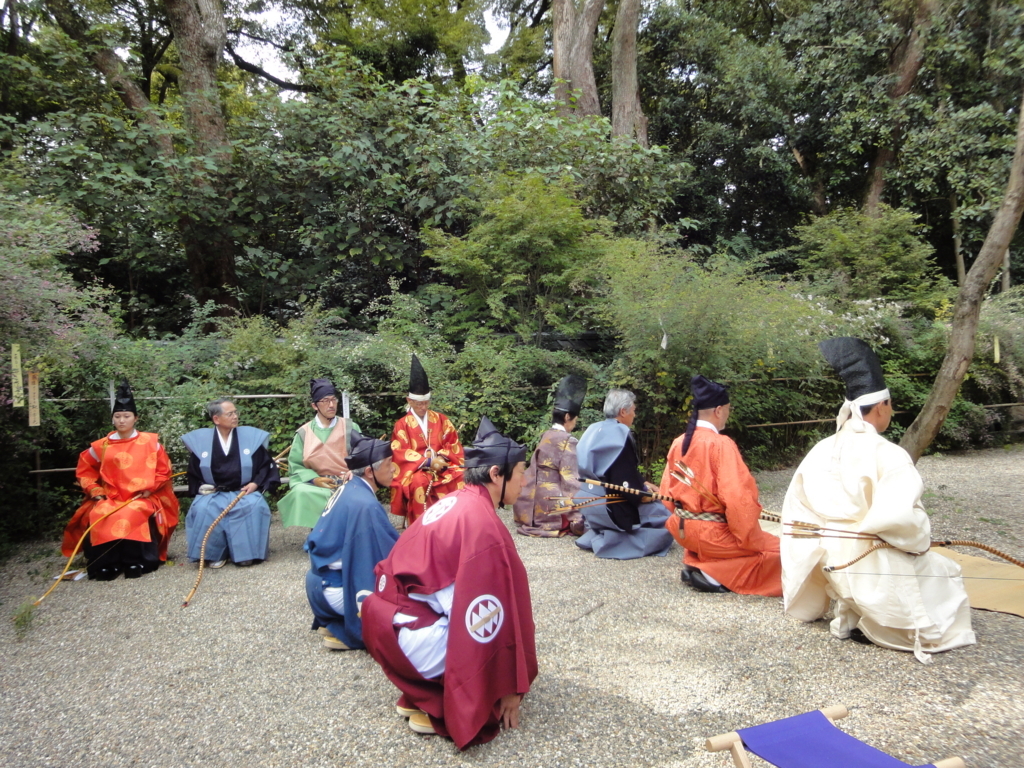 I am Kikyo, a Japanese female living in Japan. I write diary about my favorite Japanese things like daily lives, travel and so on.

Login to quote this blog

You cannot quote because this article is private.